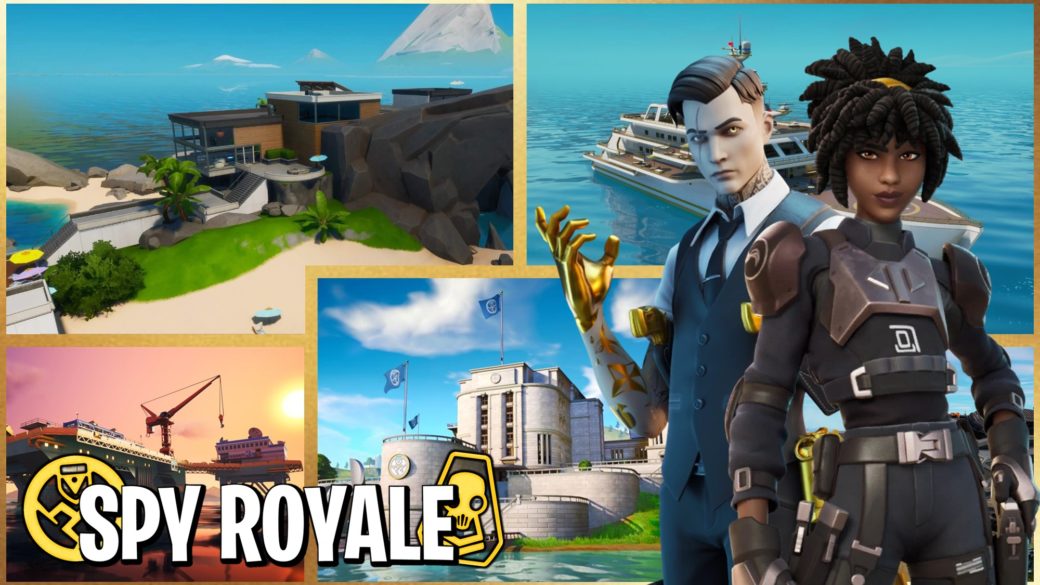 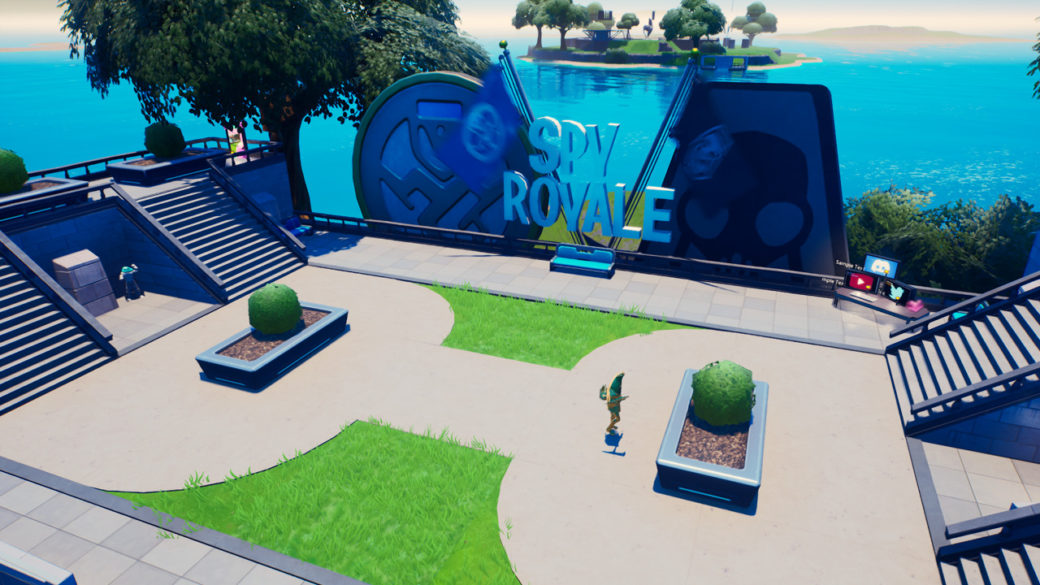 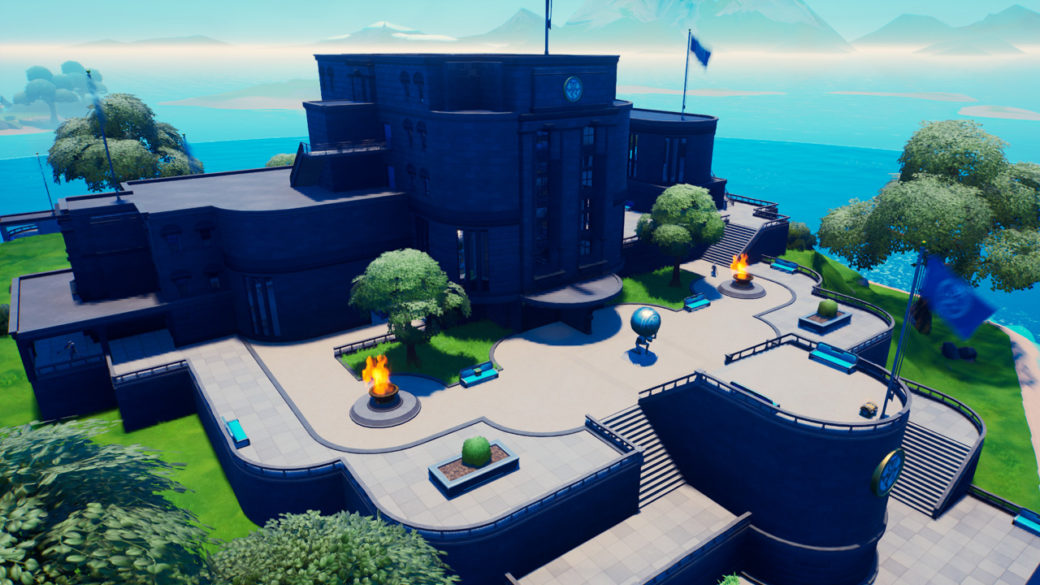 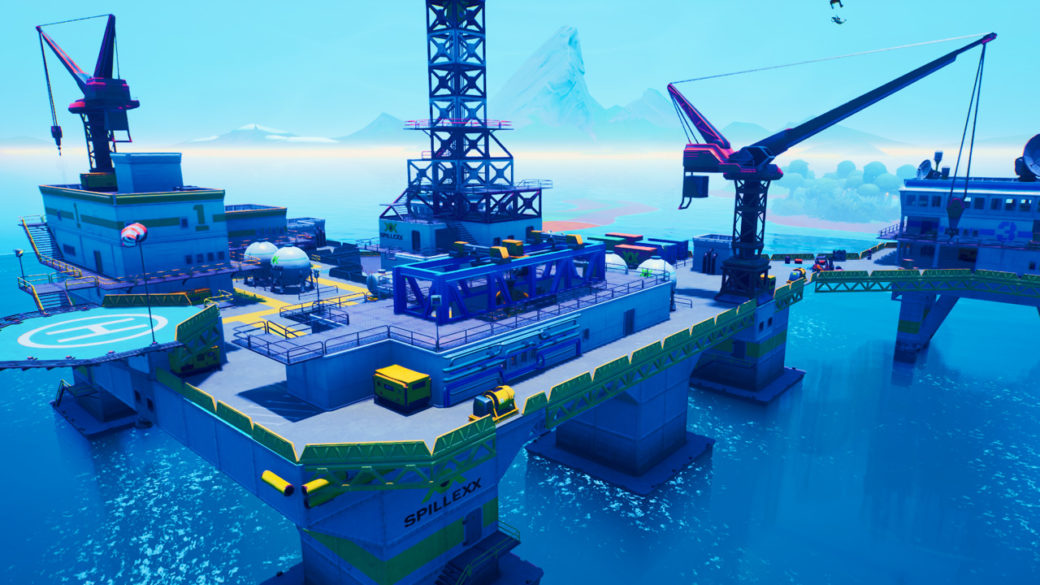 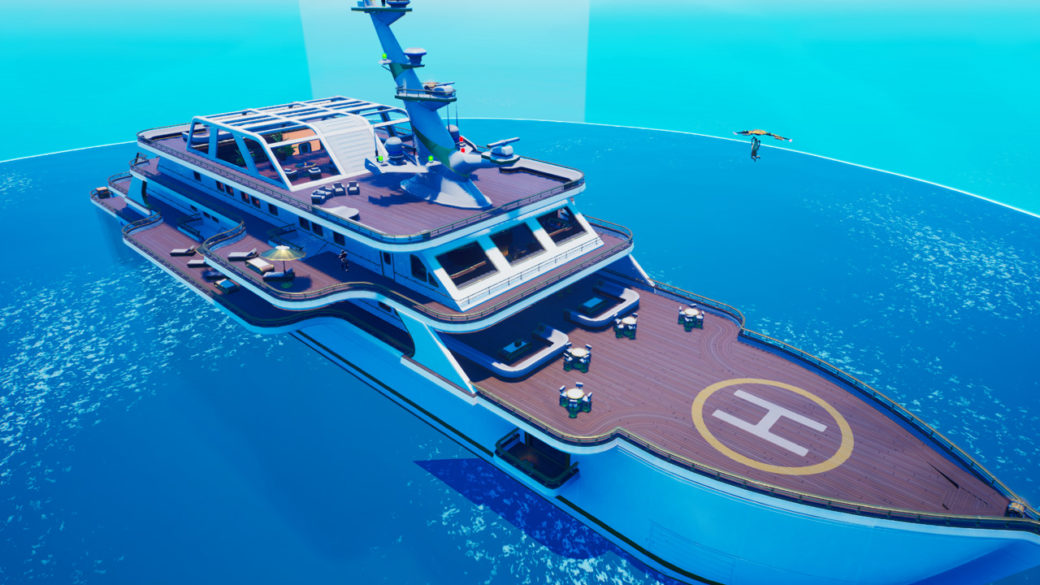 Chapter 2, Season 2 Zone Wars with a Battle Royale Gameplay Style! Drop into POIs from the past, fight Bosses, loot vaults and be the last standing!

Spy Royale is a Zone Wars map flipped on it's head. Unlike Zone Wars, which is based on an endgame scenario.. now it's based on a Hot Drop Scenario! Skydive onto one of 3 Randomly Selected POIs and take down the Henchman and Bosses. Loot up with Chapter 2, Season 2 Weapons and be the last player standing to win the round! 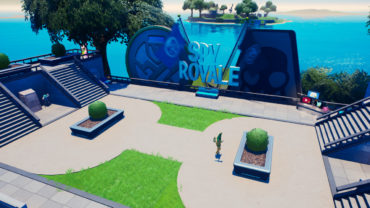 -Supply Drops: After 30 Seconds, a Supply Drop will begin to fall to the map. Head to it's location and open the Supply Crate to find a random Mythic Weapon.

-The Vault: Each POI will contain a Hidden Vault, which requires a Keycard to open. Inside the Vault is a ton of Loot. To get the Keycard, you need to eliminate the Boss at each POI on the map. 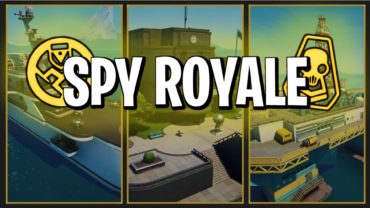 The Agency is the first map in Spy Royale. It features Ghost Henchman, and a Vault on the Eastern Side of the Building. It also features a Shark Henchman Boss, who represents Midas.

"Midas" has 100 Health and 500 Shield, and wields the Jules' Drum Gun. Eliminating Midas will drop the Keycard used to open the Vault. 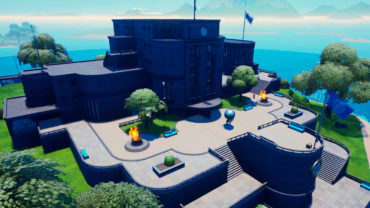 The Yacht is the second map in Spy Royale. It features Ghost Henchman, and a Vault on the bottom floor in the Engine Room. It also features a Kit Henchman Boss, who represents Meowscles.

"Meowscles" has 100 Health and 500 Shield, and wields the Meowscles' Peow Peow Rifle. Eliminating Meowscles will drop the Keycard used to open the Vault. 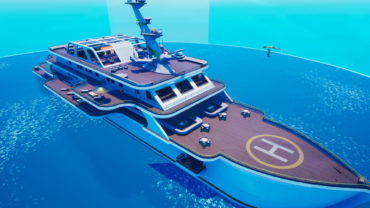 The Rig is the third map in Spy Royale. It features Rig Henchman, and a Vault in the north-most central support tower. It also features a Grotto Henchman Boss, who represents TNTina.

"TNTina" has 100 Health and 500 Shield, and wields the Boom Bow, making her the only Boss without a Mythic Weapon. Eliminating TNTina will drop the Keycard used to open the Vault. 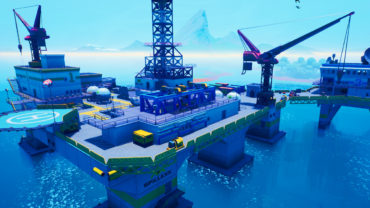 No map updates yet.

very good map and a exacted replica of these location

No map videos yet. 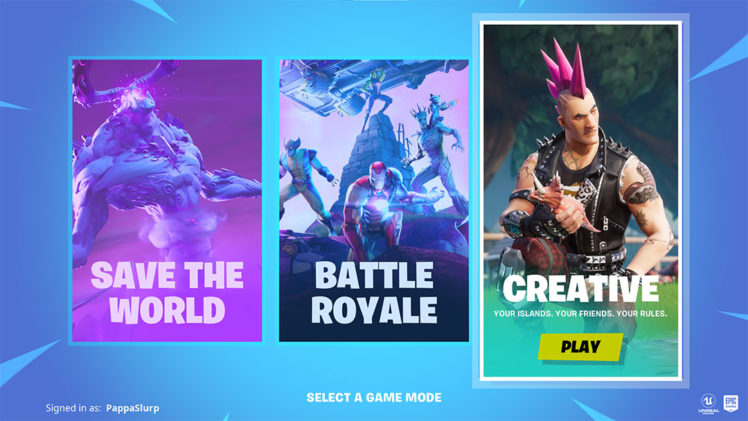 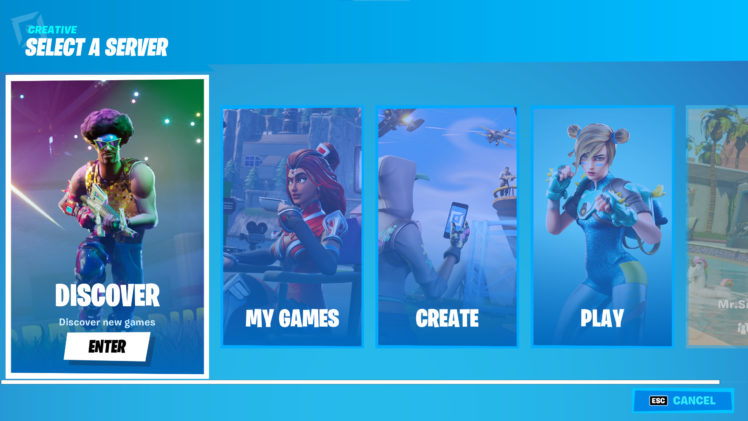 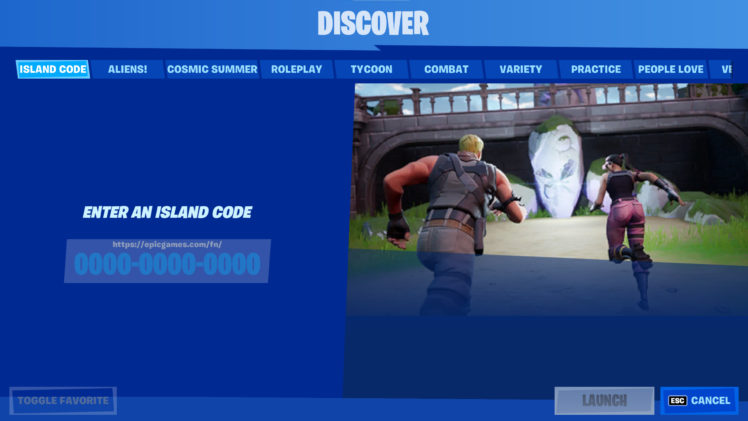 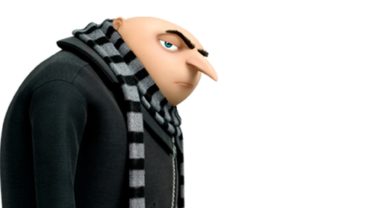 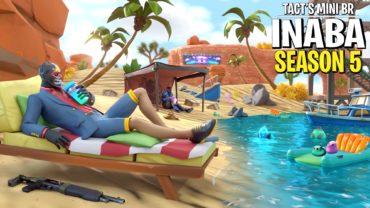 Zone Wars, Mini BR, Free for All
Updated 1 week ago 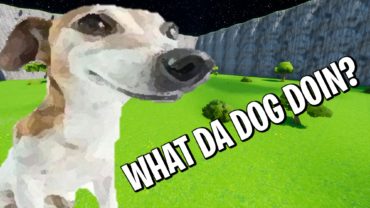 Portal Art
Updated 3 weeks ago
All creative maps by TactTact_ 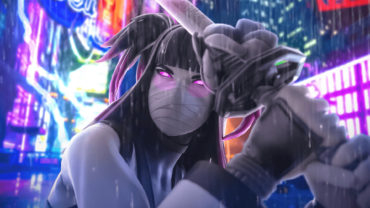 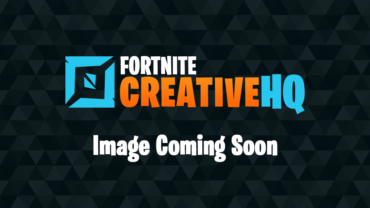 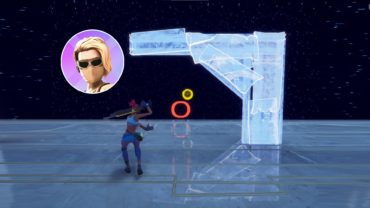 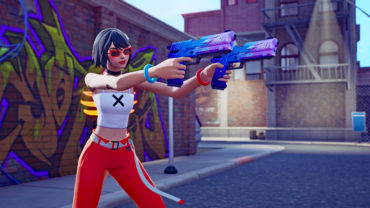 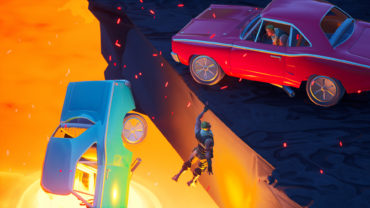 Zone Wars, Mini-Game, Free for All 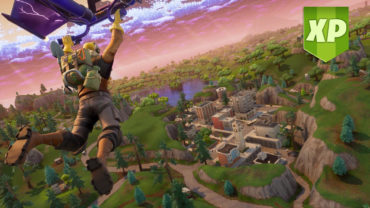 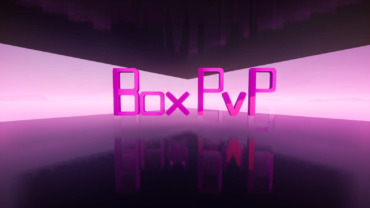 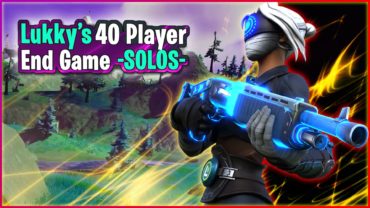 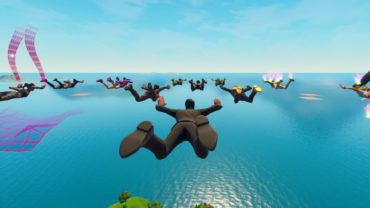 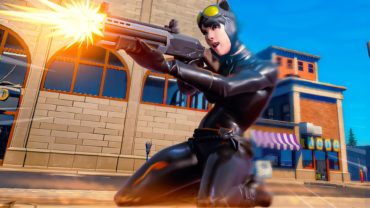 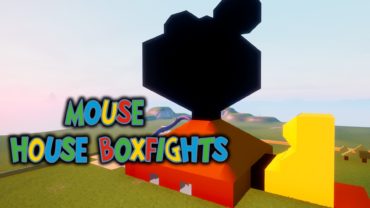